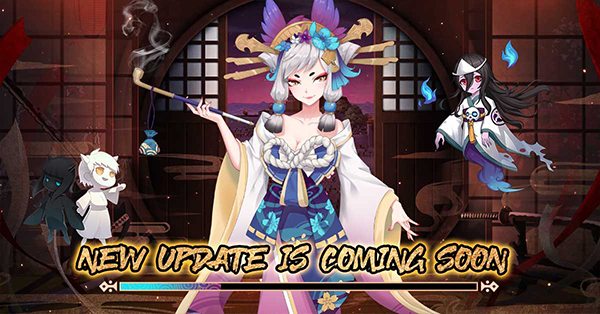 New playstyle and system for Yokai Tamer have been confirmed, the new update is coming in!

a)A system of Horcrux is added now and will be unlocked on day 15 of new server when players of Destiny Lv. 1 complete related Horcrux quest.

b)A Horcrux is divided into 4 parts which can be cultivated. You can break through level limit of Horcrux by devouring Horcrux of same quality when it reaches max level.

c)Every Horcrux has different attribute. You can transfer a specific attribute of one Horcrux to another through Horcrux - Recast.

e)Exclusive skills will be activated if you equip Horcrux of certain quality and star level. Every Horcrux comes with different skills.  You can also upgrade your skill with Soul Skill Jade and obtain permanent special attribute.

f)Horcrux can be obtained from Arakawa Dungeon, limited giftpack and Horcrux Hunt.

Debut of New Title [Shinmei], the symbol of power!

a)Shinmei Treasure will unlock on day 20 of new server and Destiny Lv. 1 of player.

b)The Shinmei has stunning appearance and will replace the display of original level after activation.

c)Some of the Shinmei has dynamic effect and can be displayed in Big World, ranking, chat channel and other interface after activation.

d)Material to activate Shinmei can be obtained from Shinmei Gym.

a)As a new Multi-player dungeon, the Arakawa Dungeon produces Horcrux items, join it with players from other servers now.

b)Players of Lv. 310 and above in a server launched more than 7 days are eligible to take part in this. The silver level of dungeon will be unlocked on day 14 of server.

c)The more wave of monster you defeat, the richer the rewards you will get. The monsters will drop chests randomly, you can open them to get abundant rewards.

d)The next level of difficulty will only unlock when you clear all waves of previous level.

e)High-level players can assist newbies and get assist rewards.

a)This gameplay will unlock on day 20 of server and at Destiny Lv. 1 of player.

b)There are a total of 100 floors in Shinmei Gym. The 100 floors is divided into 10 divisions. Players will be ranked based on the highest floor cleared in each division.

c)Players are given chances to clear up to 20 floors for the first time every day. Challenging cleared floor will not deduct the chance. The fastest player will become a defender of a floor. Every player can become the defender of only one floor.

d)You will receive Shinmei Coin when you challenge Shinmei Dungeon or become a defender. Shinmei Coin can be used to redeem Shinmei activation material in Shinmei Shop!

a)On day 8 of server, players of Lv. 350 and above may participate in this event.

c)Dig out the treasure now to gain enormous treasure. A grand prize of 18888 Jade and various costumes are awaiting! You might be the next miracle!

a) Countdown display error in dungeon interface is fixed

Note: Attention to all adventures, please be sure to log out the game at least 10 minutes before the update starts. Thank you!

Thank you for your guys support, hope you guys really enjoy the time while playing Yokai Tamer! Have a great day ahead!

**We reserve the right to amend any of the rules and regulations without prior notice and should any dispute arise, Yokai Tamer's Official Team decision is deemed final.

Greetings to all player! Thanks for playing Yokai Tamer. Strategy Hunt

Dear Players,This is the latest merging server.=)In order to increase