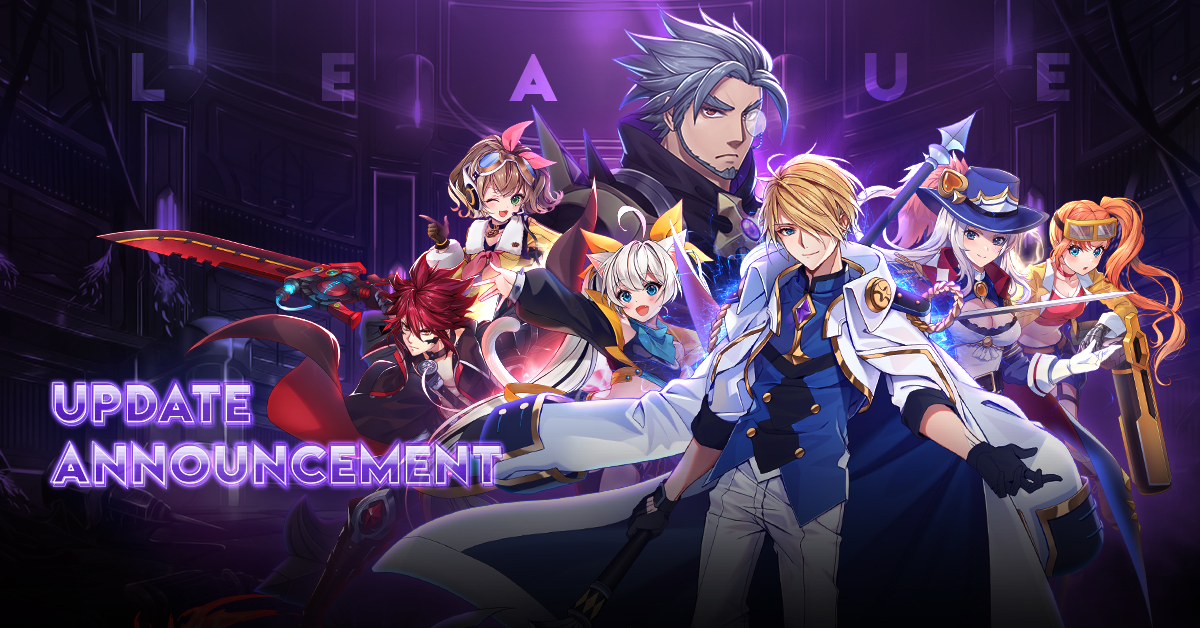 Warriors of the land of Gaia,

We have a scheduled server maintenance and gamplay update for Gaia Odyssey on 8th Sept (Tuesday), at 16:00-19:00 (UTC+8). Players will not be able to log into the game during the stated period and are advised to log out 5 minutes before the start of the maintenance to prevent data loss.

System entry : New “League”icon will be displayed when requirements are met.

You can access the following within the League system

An overview of your league will be displayed along with the current “Queen and “Prince” of the league.

Guild leaders are free to choose or change leagues between 0:00-21:00 on the day of even launch. At 21:30, an event will begin to elect the League-Chief for each league. Supremacy War will kick off every Wednesday  2nd weeks after the end of the previous round to elect a new League-Chief.

Ennead Battle is divided into 9 different areas with 2 phases of battle.

PVP is restricted in this phase so use this phase to kill monsters to get points and items. More importantly, check the situation of the maps and move your members around in preparation for Phase 2

Area occupation will be unlocked during duel phase, capture the area to score points for your league and the league with the most areas captured wins.

The event rewards include a wealth of Scpular Gem and league coins.

League coins: Used to purchase supplies in the League Store.

The Scapular system gives your more options to further enhance the battle capabilities of your character. There are 6 souls slots available and you can choose from a variety of hero souls to equip depending on the abilities your require.

Rarefying your soul grants you 1 additional line of rare stats.

Supremacy war will begin every 2 weeks to elect a League-Chief. The war is divided into 2 floors. On floor 1, players have to kill a certain amount of players from another guild to enter floor 2.

The 3 leagues have their respective territories on Battle Island with their own fortress. League Invasion is an unlimited League PK scene available all day. Defeat enemies’s knight and lord, loot their resources while defending your own.

The Hallow Boss has special stats and abilities that oppresses the player’s combat capability. By increasing your Scapular CP, the weaker the oppressing effect of the boss.

Rare hero’s soul could be obtained by defeating the Hallow Boss.

We have also fixed various bugs and display issue with the game and optimized the game for smoother gameplay.

We would like to thank you once again for your support for Gaia Odyssey and hope you look forward to more exciting gameplay updates and contents in the future.

Dear Warriors of the land of Gaia,Thank you for your attention and sup

has released the system of League, and I'm sure many of you have

The System of Scapular unlocks on day 25 of server launch.This is anot

Our Update is completed!Welcome to log in now and experience the lates